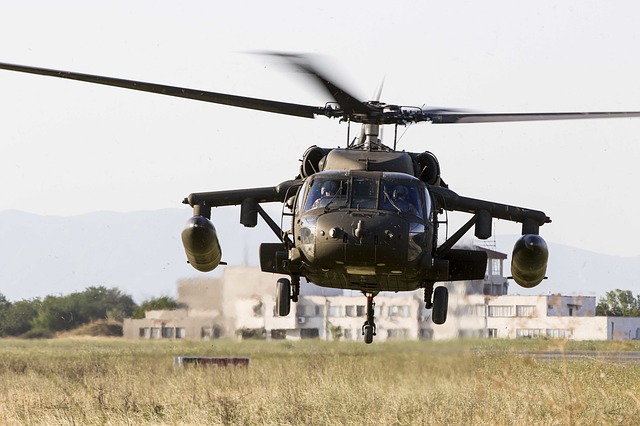 A DJI Drone hits helicopter over New York. It wasn’t a case of Black Hawk down but it was a case of DJI Phantom down.

The collision took place at the end of September 2017.

The identity of the owner was found from broken pieces of his DJI Phantom 4 drone, around the area where it collided with the UH-60 Black Hawk Army helicopter.

The Black Hawk managed to land safely in New Jersey after the incident.

Upon closer inspection, damage was found to the helicopters window frame and rotor blade. Although It could have been far worse.

Obviously putting these drones in the hands of not so clever and irresponsible individuals is not a great idea without some sort of training.

There are strict rules in place about flying drones near airports. Some drones including DJI, have Geo netting.

This is a GPS feature that will not let them fly in restricted areas. There are people that know how to disable this feature.

With the increased risk of near misses, the rules are going to get more restrictive about where and who can fly.

A bit of common sense would be a good start but a lot of people are just to ignorant or stupid to abide by the rules even when they know about them.

There are some solutions aviation authorities are considering and are currently testing to prevent drones flying in the restricted airspace.

Everything from Eagles trained to take drones down. Drone hunting bots and bazookas that fire nets to snare these drones.

To get a licence to fly drones requires you to do a 2 to 3 day course which after passing you will get a pilots licence to use your drone for commercial use.

You also have to attach a sticker to your drone with your details so you can be tracked down.