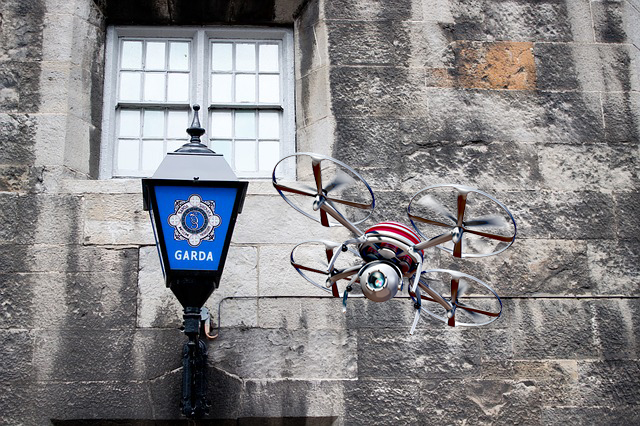 This is nothing new but more and more police forces are using drones for surveillance.

Yet another tool for the law enforcement. The Police are using drones for surveillance to catch criminals in the act, with video footage of their crimes.

Or is this just another way of invading our privacy?

Drones have many uses for police forces as can be seen in this video.

Are these drone operators trained or qualified, is one of the main concerns about drones.

Another concern is that drones flown by Joe blogs or the law enforcement. Is that it can and will capture footage of people going about their normal life.

Others argue that if you’re doing nothing wrong then you have nothing to worry about.

Drones are readily available to use for surveillance but they also pose a risk to people and property if flown without due care or training.

There are many stories floating around the internet of drones going out of control and crashing.

One example of this is that the UK police who obtained the necessary license to fly drones after a conviction was thrown out of court.

Due to breaching legislation for using a UAV in an inhabited area.

One of the police officers then took a £13,000 drone to a local social club for the police.

Shortly after the drone takes off, the police officer managed to crash the drone which ended up sinking in a river.

There seem to be rumours of a high rate of drone crashes within the police forces worldwide, whether this is due to inexperienced drone operators or technical issues, we are not sure.

One thing we do know is that idiots are everywhere, even in the police force.

There are even talks about using armed drones but this is a highly controversial area and is unlikely to happen for a while yet.

What are your views on the Police using drones for surveillance?

Please leave your comments below.