Resolve Land Boundary Disputes. These disputes between neighbours in Ireland are often wretched affairs. Fought with a passion that can be way out of proportion to the small bit of land been disputed over.

These disputes cause misery, hostility and stress between neighbours, which can go on for generations. Often leading to costs that end up costing more than the value being fought over.

What We Can Do

Top Drone uses drones equipped with HD cameras to capture detailed photos that are overlayed with Land Registry maps. Resolving land boundary disputes will be short lived with the use of orthophotography. It becomes very clear exactly where on the ground the red line is, for everyone to see.

We can also supply you high quality detailed aerial photos if that’s all you require.

We are firm believers that the more informed our client is regarding their boundary mapping, the better decisions he or she will make before proceeding with legal action.

All too often, landowners rush off to court, fuelled by a primordial sense of territorial righteousness. Often having to pay for their neighbour’s legal team’s costs. When they could have saved themselves a lot of heartache and expense by simply hiring a skilled drone pilot to get the job done.

On a number of occasions, our drone-mapping service has thankfully stopped our clients’ foolishly marching off towards the High Courts.

The Advantage of Drones

The biggest advantage of using a drone on a boundary survey is that the results are very easily interpreted by everyone involved.

Then a direct comparison can be made between the existing boundary feature and the Land Registry’s red line.

It also has the advantage of families being able to subdivide their own land themselves based on marking up aerial photography.

In addition, once the site is surveyed by a drone, there is no need to return to the site. Every square inch is surveyed accurately. 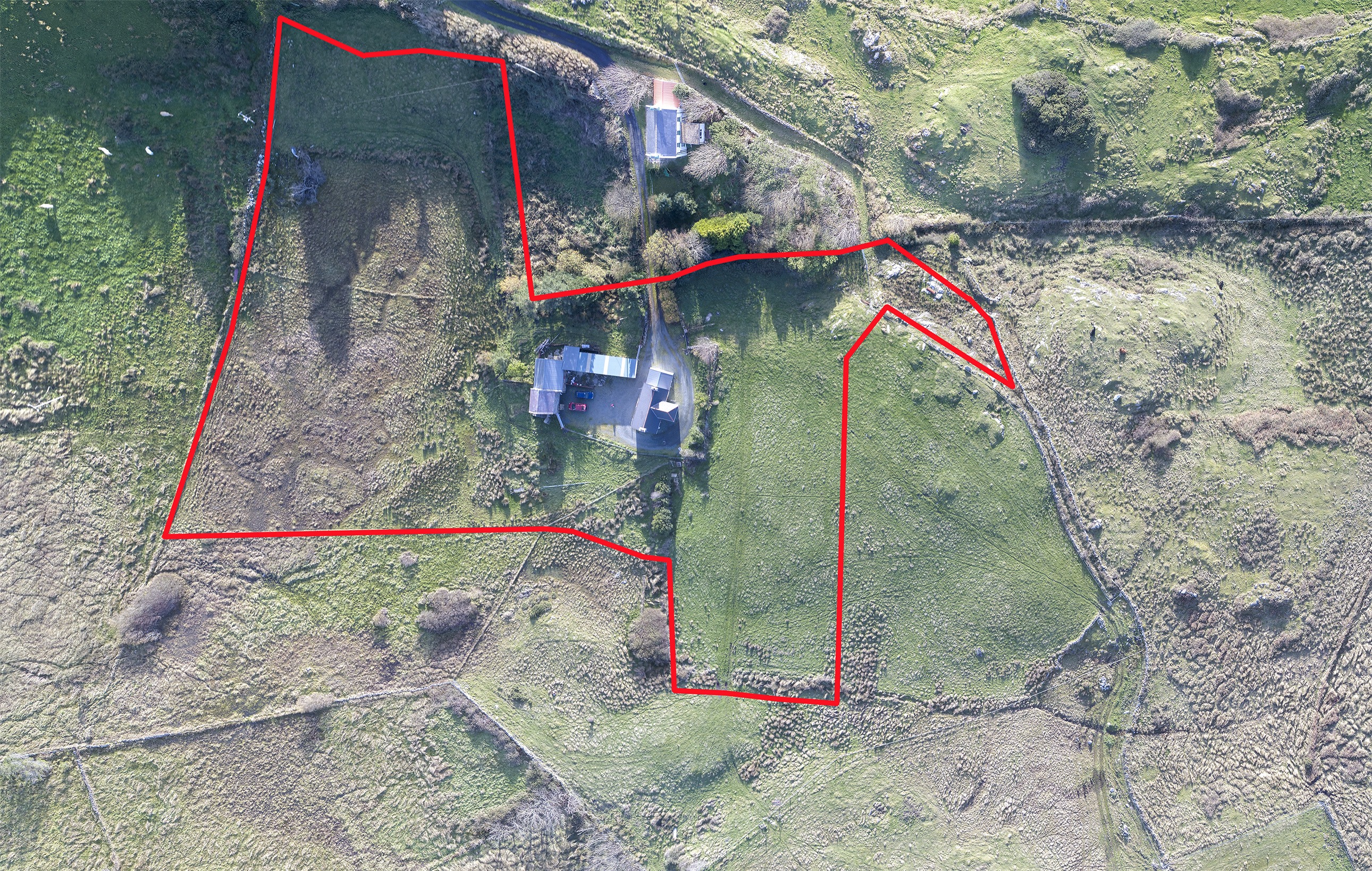